SORRY WE ARE CLOSED

In light of recent events we will be closed until further notice.
Stay safe and healthy.

“TOPS IN VIEWS AND SEAFOOD TOO”

We Look Forward to Seeing You 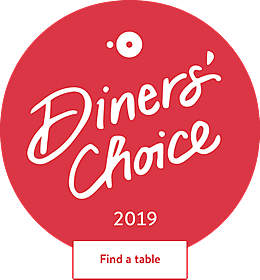 Maps were disabled by the visitor on this site. Click to open the map in a new window.

At the foot of Taylor Street, closest cross street is Jefferson 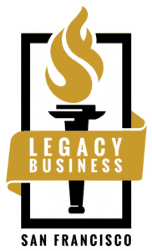 In the Beginning: In 1898, young Nunzio Alioto left his family’s small town of Sant’Elia in Sicily for the booming economy and richer fishing waters of San Francisco. 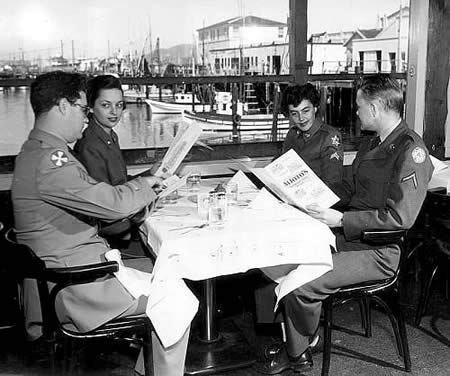 By 1925 Nunzio began his fresh fish stall. Stall #8 sold lunchtime provisions to Italian laborers. Far from the attraction the Wharf is today, it was then surrounded by an sprawling lumber yard, train tracks, a union hall, and bustling wholesale fisheries.

1930s: Business grew steadily and by 1932, Nunzio Alioto constructed the first building on Fisherman’s Wharf by combining the fish stand with a seafood bar specializing in crab and shrimp cocktails and fresh cracked crab.

Nunzio Alioto’s plans came to an abrupt halt in 1933 when he passed away. He was survived by his wife Rose and three children: Mario, Antoinette, and Frank. Left with no other means of support, Rose took over the business becoming the first woman to work on the Wharf. By 1938, she installed a kitchen and officially opened Alioto’s Restaurant. It was here that Rose created a shellfish stew called Cioppino which became a San Francisco culinary legend and is still on Alioto’s menu today.

A number of historical events contributed to Alioto’s phenomenal growth and the transformation of Fisherman’s Wharf into San Francisco’s most popular destination. With the completion of both the Golden Gate and Bay Bridges in 1937, San Francisco was quickly becoming the urban center of Northern California. In 1939 The SF Exposition and World’s Fair brought tourists from around the world to the City.

World War II: The business flourished, yet it was not until the onset of WW II that its reputation became firmly established. Fisherman’s Wharf became one of the Ports of Embarkation for sailors. Alioto’s kept busy serving fresh seafood and hearty clam chowder to servicemen and women. Word about Alioto’s delicious food began to spread.

The 50’s: The business continued to expand as public demand grew for Alioto’s seafood dishes. Rose enlarged her business by purchasing her neighbor’s fish stall. Alioto’s became a full service restaurant. And in 1957 Rose added a second story, making Alioto’s the tallest building on the Wharf.

A disastrous fire gutted Alioto’s Restaurant that same year. Undeterred, Rose and her family rebuilt the restaurant from scratch on the same sight. Fortunately, rescued from the devastating fire were two walls composed entirely of thousands of clam shells saved through the decades, and they still stand today. 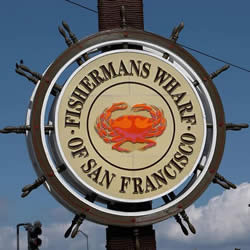 Freshest Seafood in San Francisco: Alioto’s has a full-time seafood buyer who purchases only the freshest and choicest cuts of fish. We feature petrale sole, halibut, salmon and swordfish, when available.

See the Family History: The Alioto family’s contribution to San Francisco’s Fisherman’s Wharf is commemorated with historical photos and news articles along the interior stairway and the Calamari Room – enjoy!

Oh, and the view is absolutely spectacular.